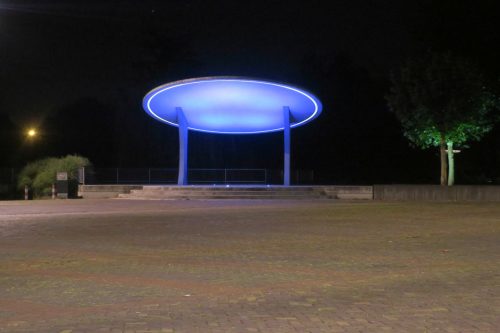 Journalist Tijs van den Boomen wrote a book about the expat community in Veldhoven in the province of Brabant that has sprung up over the past few decades around the foundation of ASML’ s head office. His conclusions: a lot of people live in isolation.

Journalist Tijs van den Boomen wrote the book Slim Zand (Smart Sand) about the expat community in Veldhoven in the province of Brabant that has sprung up over the past few decades around the foundation of ASML’ s head office. The Philips-based chip machines manufacturer currently employs 13,000 people from all over the world. His conclusions: a lot of people live in isolation, as they all have very different cultural backgrounds and all speak a different native language. And they don’t tend to become members of Brabant’s sports and social clubs. Something should be done about this, says Van den Boomen. “Cohesion within this diversity will not just happen overnight.”

Why did you write this book?

There are two reasons. I very much wanted to research the typical Netherlands that geo-sociologist Josse de Voogd calls ‘the midland’. This morning I gave a presentation to Rotterdam architectural students. I asked them about their perception of Veldhoven. Their reply: ‘boring’. That’s how we all react. We – scientists, politicians, journalists, artists – always look for the most beautiful, biggest or most exciting place. Or the worst, ugliest and most dangerous. We do not see whatever is in between. However: this is where most people live. The ordinary Dutchie lives in Diemen, Rijswijk or Veldhoven. These are the residential neighbourhoods of the 1960s, 1970s and 1980s. Terraced housing. No taste nor style. Not good, not bad. And we never talk about that. We don’t even take it into consideration. I’ve been writing about urbanism for a long time now and this irritates me. At the same time, I notice how difficult it is to write about it. Because, yes, what exactly are you going to write about? That’s where it all started. The second theme was internationalization. I thought: then I’ d have something that sounds catchy, that’ s quite special. That’s how I came to ASML, which is the utmost epitome of that. Slim Zand is a deep exploration of the ordinary, the everyday. The funny thing is that these expats are, in part, also seeking that everyday experience. In Amsterdam, we have young people who work in generic professions: legal, management, PR and advertising. They can choose from all kinds of cities: they go to Paris, London, Amsterdam, LA. But these people at ASML, these betas, they simply want to get a certain type of work. They are very good at something, and they want to live close to where the work is. And that happens to be where ASML is located in Veldhoven. Many of those tech companies are in very stupid places. Just look at Silicon Valley. Those people end up somewhere and they just want a home with a garden, they have a wife and children. They have to go to school, they have to be able to get there safely by bike. They choose a house in a neighbourhood with a ‘beige’ colour, as I call it. Not extreme, not expensive, no hassle. Ordinary, comfortable and easy.”

How did you come up with the title?

“We thought about that for a long time. At first, I thought that the term global village had to be used. Because of what I was writing about. Amsterdam is also a global village but a different sort than Veldhoven. What does it look like? I wanted to show the internationalization of the province. But in the end, we chose the title Slim Zand (Smart Sand), which refers to the sandy soils of that region and the fact that the chips are made out of silicon, which in fact is pure sand. Plus, that region has been attracting very clever people for a long time, since the arrival of Philips in Eindhoven.”

What impact does ASML have on the local environment?
“My impression is that ASML landed on Veldhoven as a kind of UFO. It was also all a bit of a coincidence. They could have chosen from a variety of locations and Veldhoven reacted just a little more quickly than the other municipalities. The first head office was such a big white thing that just landed there and almost went bankrupt a few times. At the end of the 90’s they suddenly went full steam ahead and then everything went sky high. That was also just a coincidence. As in, it could easily have gone wrong. Nobody had foreseen that they would do so well all of a sudden. When you ask ASML how they see themselves in the Veldhoven area, they say: ‘But we are not a Veldhoven’s company. We’re not even a Dutch company’. They are an international company, almost footloose. At the same time, they made a lot of use of local suppliers during the first ten years. They still do. So they are very much interwoven in a network of suppliers who produce high-tech products which they are fully focused on. Such as a very small screw or hook, for example, every minute things that are necessary for the manufacture of chips.”

At that time, what was the difference when Philips came to Eindhoven?
“Philips behaved like a pater familias who organized everything for their employees in Eindhoven. They built residential areas, sponsored sports clubs and provided health care. And ASML doesn’t do that at all. That’s also the strange bit. Veldhoven originated from four villages, Oerle, Zeelst, Veldhoven, Meerveldhoven, and later the newer Meerhoven Vinex-neighborhood. ASML has its roots in Philips. Philips saw that it was a promising business. In 1973 they invented the machine that can make chips. However, they did not succeed in making that ready for production. During the crisis, they wanted to move away from all projects that cost money and that’s when ASML became independent [and settled in Veldhoven, ed.]. Nobody thought it would turn out to be much of anything. Canon, Nikon and the American company GCA thought: here comes a bunch of idiots from Veldhoven. What do they want? Journalist René Raaymakers describes that very well in his book about ASML titled De Geldmachine (The Money Machine). It was unlikely that this company would have made it. That was against all odds. It was doomed. The first 50 employees who were forced to join ASML after the privatization, did not want to work at ASML. The trade unions took action against this compulsory transfer. I know someone who was there and who said: I had already booked my holiday to Indonesia because we were going to go bankrupt anyway. And this has now become this billion-dollar company. At one point, forty crucial employees received shares so that they would commit to ASML. Nobody knew then what they would be worth. They are now very rich.”

What is the most important thing that you learnt from your research for your book Slim Zand?
“What I didn’t realize beforehand was how fragmented the expat community surrounding ASML is. There is no community at all. I spoke to a Japanese woman in Veldhoven who was married to a Taiwanese man. They met at work in Germany, they both used to work in Munich. They speak German at home. I asked why? That was their common language. This expatriate community is extremely fragmented due to all these different cultures and languages. They all live in a small home with a tiny garden, there is a lot of isolation. A majority of them send their children to a Dutch school. They choose to have their children become Dutch. That’s what you subsequently become. These people make a very important decision with dread in their hearts: do we stay, do we go? Okay, we stay. A vacuum then emerges between all these various cultures. We have to do something about that. The women, who are highly educated, often don’t find work there. The WRR carried out a major study on diversity and discovered in 2018 that there is a large expatriate community in the Netherlands which is not visible. We all focus on non-Western immigrants: Turks, Moroccans. Now they are looking at the ‘HHI’, a kind of index for diversity. To this end, they have identified eighteen geo-linguistic groups such as East Asian and South Asian. Then they look at how likely it is that people from the same group will meet each other somewhere. If the index is 1, all residents are the same. If it is 0, they are all different. That’s why they have suddenly noticed this diversity. It had never been studied before. Sociology professor Godfried Engbersen, who is a member of the WRR, has said: this doesn’t necessarily work out well. We need to build on new ways of living together. That’s what I noticed during the research for my book. In Veldhoven, there are a couple of smart officials who are already saying: we have to create meeting places in the public arena. Places where you can play cricket, kick a ball around or barbecue. Because expats don’t join clubs. Whereas club life in Brabant is an important part of the fabric of society. We have to do something about it. After all, cohesion within this diversity will not just happen overnight.”

This article was published on Innovation Origins.